Mosler er blandt andet kendt for Mosler’s Law:
“there is no financial crisis so deep that a sufficiently large fiscal adjustment cannot deal with it.”

CFA PL Credits
If you are a CFA Institute member, you are eligible to record 1,75 PL credits for your participation in this meeting. 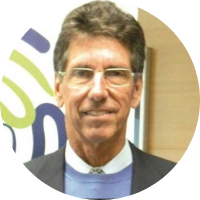 1973-1975 – The Savings Bank of Manchester – Pioneered the use of synthetic short term investments with long term securities and forward markets.

Co-Founder and Distinguished Research Associate of The Center for Full Employment And Price Stability at the University of Missouri in Kansas City. CFEPS has supported economic research projects and graduate students at UMKC, the London School of Economics, the New School in NYC, Harvard University, and the University of Newcastle, Australia.

1971- B.A. in Economics, University of Connecticut

Testimony on the FASAB Exposure Drafts relating to “Comprehensive Long-term Projections for the U.S. Government (ED 1)” and to “Accounting for Social Insurance. (ED 2)” Feb. 25, 2009

“Declining Savings Rate and Growing Household Indebtedness in North America,” testimony before the Standing Committee on Finance, House of Commons, Ottawa, Canada, May 2000

‘The 7 Deadly Innocent Frauds of Economic Policy’, self published, March 2010.

“Comment on ‘In the Interests of Safety,’ by Martin Mayer,” in The Management of Global Financial Markets, edited by Jan Joost Teunissen, pp. 94-101, FONDAD: The Hague, 2000.

“A General Framework for the Analysis of Currencies and Commodities”, in Full Employment and Price Stability in a Global Economy, co authored by Mathew Forstater, edited by Paul Davidson and Jan Kregel, pp. 166-177, Northampton: Edward Elgar Publishing, Inc, 1999. 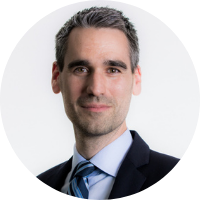 Marc is a Senior Portfolio Manager in the Investment team. He is responsible for investments in Credit Bonds. In addition, Marc is a co-manager on a Sustainable Fixed Income Portfolio. Previously he has worked with both long-only and leveraged mandates covering Covered Bonds, Government Bonds, Derivatives, Currencies and Equities in both PensionDanmark and FIH Erhvervsbank over the past 15 years.

Marc has an M.Sc. in Economics from the University of Copenhagen where he has also given lectures in Corporate Finance as an External Associate Professor.

He is a CFA charterholder and has recently obtained the CFA UK Certificate in ESG investing.