Dr. Bjorn Lomborg is president of the Copenhagen Consensus Center and visiting professor at Copenhagen Business School. Dr. Lomborg is an academic and the author of the best-selling “The Skeptical Environmentalist” and “Cool It”. He challenges mainstream concerns about development and the environment and points out that we need to focus attention on the smartest solutions first. The Copenhagen Consensus Center is a think-tank that researches the smartest ways to do good. For this work, Lomborg was named one of TIME magazine’s 100 most influential people in the world. His think tank, the Copenhagen Consensus Center, was ranked by the University of Pennsylvania as one of the world’s “Top 20 Advocacy Campaigns”. Lomborg is a frequent commentator in print and broadcast media, for outlets including the New York Times, Wall Street Journal, The Guardian, CNN, FOX, and the BBC. His monthly column is published in 19 languages, in 30+ newspapers with more than 30 million readers globally. He holds a M.A. in political science, and a Ph.D. in political science at the Department of Political Science, University of Copenhagen. 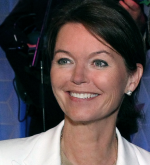 Ms. Lise Kingo is CEO and Executive Director of the United Nations Global Compact, since September 2015. From 2002 to 2015, Ms. Kingo was Executive Vice-President, member of the Executive Management Team and Chief of Staff at Novo Nordisk A/S. She was in charge of several business areas and pioneerd the first Novo Nordisk strategy on sustainability, spearheading the integration of sustainability into the heart of the business and showcasing the mutual benefits for both the company and society. From 1988 to 2002, Ms. Kingo held various positions at NovoZymes A/S and Novo A/S, including Director of Environmental Affairs and Senior Vice President of Business Support. She was responsible for a number of areas covering growth and operations such as Environmental Affairs, People Management, Communications and Branding. Furthermore, Ms. Kingo was a primary force behind the first sustainability strategy at NovoZymes. Until Ms. Kingo started her work with UN Global Compact, she was Chair of the Board at Steno Diabetes Center and has throughout her career, held a number of board positions in foundations as well as in companies, such as Grieg Star Shipping in Norway and GN Great Nordic. She was also a professor at the Medical Faculty, Vrije Universiteit in Amsterdam, and the Chair of the Danish Council for Corporate Social Responsibility. Ms Kingo has received several awards such as the Edinburgh Medal and the Copenhagen Business School 2018 Honorary Alumni Award. She is also a UN Gender Champion. Ms. Kingo holds a Master of Science degree in Responsibility and Business Practice from the University of Bath, United Kingdom. She also holds a Bachelor of Arts in Religions and Ancient Greek Culture from the University of Aarhus, Denmark and a Bachelor of Commerce in Marketing Economics from the Copenhagen Business School. She is certified by INSEAD’s International Directors Program. 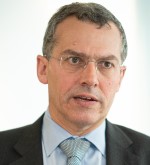 Will is chief executive of the CFA Society of the UK (CFA UK), a position he has held since 2006. CFA UK represents the interests of 12,000 members of the UK investment profession. The society is one of the largest member societies of the CFA Institute and is committed to leading the development of the investment profession through the promotion of the highest ethical and professional standards. Will leads much of the society’s advocacy and engagement work and authored its 2016 report on the ‘Value of the Investment Profession’. He is a member of the Diversity Project’s steering committee, of the Impact Investing Taskforce and of the BSI groups working on sustainable finance and investment standards. Under Will’s leadership, CFA UK instituted its annual Ethical Leadership Programme and recently launched its Certificate in ESG Investing. He is an affiliate member of CFA Institute and CFA UK.

Keimpe Keuning is an executive director at LGT Capital Partners and is responsible for ESG, Sustainability and Impact in Private Equity. Prior to joining LGT Capital Partners, he was an investment director for the private equity business at RobecoSAM in Zurich, a boutique investment firm focusing on sustainable and responsible investing. Earlier in his career, he worked in investment banking M&A advisory in Amsterdam. Mr. Keuning holds a Master’s Degree in Tax Law from Leiden University and is a Chartered Alternative Investment Analyst (CAIA).

If you are a CFA Institute member, you are eligible to record 1.50 CE credit hours for your participation in this conference.