In 2013 the US Federal Reserve Chair Bernanke tried to indicate that QE should be rolled back, which caused a strong reaction from the markets. Subsequently, QE is still used, and one of the main questions in the financial markets today is: what will happen now that the rollback appears to be imminent?

The fear of an artificially inflated market that is dependent on the Greenspan-put is constantly lurking, but it might not be priced in? Inflation is showing up in more and more places, but is it only temporary? Has the rollback really come any closer? And how should central banks approach the rollback?

The Danish Finance Society has invited two speakers to shed light on this matter. From Denmark, Ulrik Bie, Economic Editor at the newspaper Berlingske, will speak on the outlook for the rollback of the central banks’ QE programs. From the United Kingdom, Scott Thiel, Managing Director and Chief Fixed Income Strategist at BlackRock Investment Institute will give us his view on the rollback. 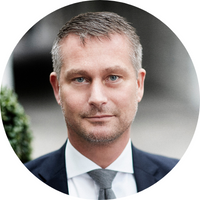 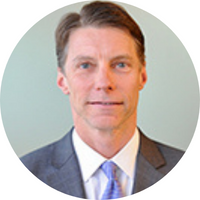 Scott Thiel is Chief Fixed Income Strategist for the BlackRock Investment Institute. Scott is responsible for developing and delivering thought leadership, including actionable global fixed income market views based on the insights of our investment community. Scott is also a member of the BlackRock’s Leadership Committee.

Scott has been with BlackRock for almost twenty years and has held multiple roles within Fixed Income including Deputy CIO and head of global bond portfolio management. He began his career at Goldman Sachs. Although originally from New York, Scott has been based in London with his family for 17 years.

This webinar is inspired and arranged by the Fixed Income Committee under the Danish Finance Society/CFA Society Denmark.

Read about all the benefits of a membership of Finansforeningen (the Danish Finance Society) / CFA Society Denmark and sign up here.

If you are a CFA Institute member, you are eligible to record 2 PL credits hours for your participation in this meeting